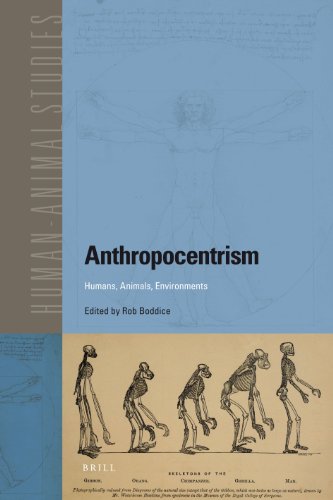 One of the most important themes in recent continental philosophy has been the resurgence of the question of the human. Traditionally, what was proper to the human as such was articulated through the identification of a specific trait or capacity. However, beginning with Nietzsche, the very shape of the question of the human has shifted from concern with the adequacy of possible predicates towards a genealogy of those traditional elements and operations through which the specificity of the human is produced. This transformation of the question can also be seen in Heidegger’s call to define the human in terms of its inherence in the truth of being rather than through the array of metaphysical predicates. However, this shift can be seen as relying upon the metaphysical figures of essence and belonging. Moreover, many of those who, often as a response to Heidegger, have attempted to define the human in terms of its exposure to more radical figures of alterity have frequently continued to preserve many traditional anthropological privileges vis-à-vis non-human life, nature and technology.

The first section, “Epistemological and Ontological Investigations,” opens with an essay by Boria Sax, which offers an historical and etymological genealogy of the meaning of the human and concludes with the important reminder that the most original hermeneutic sources of our determinations of the human are based on the experience of closeness to the earth, transience and vulnerability. The second article by Kevin DeLapp examines the often overlooked status of anthropocentrism in the field of metaethics. Avoiding pernicious forms of past anthropocentrisms, DeLapp argues that perspectival realism, when combined with aspects of Daoism, offers a convincing metaethical position.  In the next essay by Richie Nimmo, the very discourse of modernity itself is diagnosed as structurally constituted by its relation to the non-human. Focusing on the production of the human in the social sciences, Nimmo argues that the very organising categories of our understanding of the human are constituted through the filtering out of a relation to a non-human other. In the final essay of this section, Gary Steiner takes issue with both ancient and modern forms of cosmopolitanism arguing that these are tainted by an implicit anthropocentrism which has arisen from the Western tradition’s positing of language and reason as conditions of moral worth. Engaging in critiques of Heidegger, Nussbaum and Benhabib, this essay develops some of the necessary preconditions for the possibility of a non-anthropocentric cosmopolitanism.

The second section, “Religion, Society, Culture,” begins with an essay by Eric Silverman in which he looks to medieval views on the use of language in description of the divine as a resource for contemporary attempts to think the radical difference between human and non-human life. In the next essay, Paula Young Lee defends the thesis according to which the traditional anthropomorphic body-paradigm that was the guiding model for architecture has now, in certain instances, been supplanted by orderings based on non-human life. In the next essay Ben Dawson offers a reading of Mary Shelley’s Frankenstein in which he interprets the multi-stable humanity of the monster as a symbolic articulation of the identity production of modern power discourses. The final essay in this section by Sabrina Tonutti takes issue with the problematic anthropocentrism that characterises much of contemporary anthropology and traces the way in which the concept of culture is employed to absolutely divide human and non-human phenomena. The result is that human cultural traits are looked at in their specificity while animal species are described in reductive generalities. Only when these anthropocentric presuppositions are suspended does it become possible to approach animal life in its actual specificity. This possibility then calls for the development of animal ethnographies, which function beyond the traditional binary division of culture and nature.

The third section, “Speciesism and the Status of Animals,” begins with an essay by Philip Tonner, which offers a critique of the anthropocentrism implicit in Heidegger’s well known description of animals as poor in world. The second essay by Tony Milligan interprets speciesism as a form of anthropocentrism and offers an understanding of our shared humanity as a key for better approaching the challenges of developing a more ethical relation to non-human life. In the third essay, Peter Soppelsa documents the use of horses in 19th-century Paris to demonstrate how these animals were fully instrumentalised to fit with human ends. The experience of these animals as mere natural resource to be used by human beings was made possible through a reductive language of technicisation that facilitated the violent merging of these animals into an elaborate technological network. In the final section of this chapter, Nik Taylor argues that anthropomorphism is unavoidable because human beings must interpret the world through their own embodied materiality. However, Taylor argues that this fact need not entail an assumption of human superiority, but rather, this difference can be more adequately approached through what she terms “anthropo-interpretivism.”

The fourth section, “Human and Non-Human Environments,” opens with an essay by Robin Attfield, which reexamines Lynn White’s seminal essay “The Historical Roots of Our Ecological Crisis.” Calling into question some of the historical claims and also confronting the question whether White’s arguments are firstly historical or theological, Attfield provides an interdisciplinary addition to the reception of this important work. The second essay by Eccy de Jonge looks to the resources of metaphysics and deep ecology to develop a critique of the way in which the charge of anthropocentrism is traditionally leveled. Pointing out the fact that not all humans are involved in the domination of animals and that structures of domination are also very present in the inter-relations between humans, she calls for a philosophy of care, which would offer an alternative to the often dangerous narratives of superiority and separateness. In the final essay, André Krebber examines how responding to the environmental crisis leads beyond the human-animal relationship. Drawing on the social theory of the Frankfurt School he develops a challenge to anthropocentrism by attempting to think the difference between humans and nature in a way that would move beyond traditional scripts of human domination.

In quality and scope the essays collected in this volume are compelling additions to the current discussions in this field. Rob Boddice is to be applauded for this well-crafted compilation, which has brought together young scholars with more established writers into a balanced and wholly convincing collection. Its interdisciplinary approach is well matched to the particular demands of this challenging subject matter. Moreover, one of the virtues of this collection is the sustained attention given to the ethical importance of thinking different spheres of the non-human as constitutive of our humanity. Engaging and timely, this collection is a valuable contribution to an increasingly important field of scholarship.