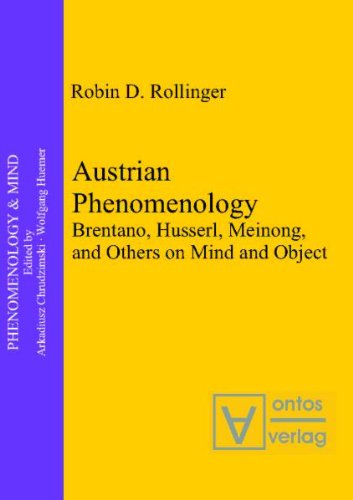 Nietzsche was not alone in his skepticism and contempt for systematic philosophy, the stuff Hegel and Kant were made of; in fact on this point he could be called the voice of a generation and a timely man.  Many academics in the mid to late 19th century felt a sort of ill will towards philosophy, especially given the leaps and bounds happening in science.  Philosophy seemed less rigorous, impractical and out of touch with the modern era:  who needed to contemplate God, freedom, and immortality when scientists were in their labs or in the field actively discovering laws of energy, plant cells, electromagnetism, radiation and evolution?  Metaphysics and epistemology just couldn’t compete with physics and biology.  However, several philosophers in Austria thought they could make philosophy more scientific and definitively show the academic community that philosophy was not to be retired like a relic of the past, but rather could hold her own as a discipline.  One of the most notable groups of philosophers to attempt such a defence of philosophy was the School of Brentano, named after its leader, Franz Brentano, and which included his pupils Carl Stumpf, Anton Marty, Edmund Husserl, Kasimir Twardowski and Christian von Ehrenfels.  This is where Rollinger’s book begins.

Rollinger’s volume is a collection of revised, previously published papers.  It is a comprehensive and insightful book, a necessity for anyone studying the Austrian philosophical tradition, or the early phenomenological movement under Husserl (Munich and Göttingen circles respectively).  Topics key to Brentano’s philosophy and that of his students are included and discussed in precise detail, such as judgments and statements, mind-functions, imagination, experience, intentionality and logic.   There are also chapters that discuss or elaborate on ideas not commonly found in other books on Brentano or his school: the philosophies of Husserl and Cornelius, Stumpf’s phenomenological and epistemological work, and a thorough breakdown of the philosophical divergence between Brentano and Meinong.   The ontological and logical work of Bernard Bolzano is also included in one chapter, a necessary accompaniment to any Austrian philosophy text since he influenced most members of the Brentano School.  The introduction provides an excellent discussion of descriptive psychology and object theory, the two key elements that make up the complex unity of Austrian phenomenology:  “On one side, we have mind, which consists of mind-functions (as perceivings, judgings, imaginings, and feelings), while on the other side we have objects, which need not at all be real…. Austrian phenomenology swings back and forth between descriptive psychology and object theory…. In its description of mind-functions it cannot avoid mentioning objects to which these mind-functions intentionally refer.” (8–10)

One of the major benefits to Rollinger’s book is its accessibility:  scholars new to the Brentano School will navigate the chapters with little trouble, and those of us who are more seasoned will enjoy the book as a great refresher or a stepping stone to further research.  Rollinger’s volume is refreshingly free of jargon, and when terms or concepts are mentioned, they are explained in a clear manner.  I mention this point because excessive and often confusing jargon sadly became so typical of the philosophy/psychology cross-disciplinary work of the 19th century.  Most of the chapters use a compare and contrast style of writing, allowing the reader to see the development of the ideas, and where and why a difference in viewpoint occurs.  Each chapter’s layout is methodical, allowing the reader to grasp each individual’s unique contribution in its own right as well as the school as a whole, transitioning smoothly from idea to idea, figure to figure.

Of great benefit are also the chapters on Stumpf and Marty, two men rarely discussed in the English-speaking philosophical world and who are considered to be the most loyal to Brentano and his early thinking.  Stumpf, while better known for his contributions to psychology than to philosophy, was an early and key figure.  He had a profound impact on Husserl and on the founders of Gestalt psychology.  He is credited with the introduction of state of affairs (Sachverhalt) as a technical term into logic; he is often considered one of the founders of phenomenology, and he assisted in the development of important work in ontology, judgment and other speech acts.  Marty, like Stumpf, remained loyal to Brentano’s early teachings and sought to refine and expand his teacher’s work.  Marty was also integral to the development of speech act theory and the study of states of affairs and ontology.  The influence of both Stumpf and Marty is easily detectable in the work of such Munich phenomenologists as Adolf Reinach, Johannes Daubert and Theodor Conrad.

Speaking of forgotten figures, there is also a chapter on Husserl and Cornelius, written in an informative dialogical style of critiques and replies between the two men.  I have to admit that before reading this book my knowledge of Cornelius was limited to having seen his name a handful of times in footnotes or bibliographies of some of Husserl’s works.  In devoting a large portion of the chapter to Cornelius, Rollinger is opening up avenues of research that have been neglected for nearly a century.  Briefly, Cornelius was a Neo-Kantian philosopher, mathematician and mentor to the founding members of the Frankfurt School.  Cornelius felt a strong affinity with Husserl’s work, in spite of what appears to be a mountain of differences.  He perceived similarities between Husserl and himself because both advocated a “fundamental discipline that was 1) presuppositionless, 2) not causal-explanatory, and 3) prior to any distinction between mental and physical.” (219)  They both agreed that knowledge derived from experience can be universally valid (using imagining examples) and rejected Brentano’s characterisation of all consciousness as intentional.  However, as Rollinger points out, it is difficult to find significant points of agreement between Husserl and Cornelius besides what is mentioned here: any agreements are rather insubstantial when one cannot find overlapping results in their works.  The chapter ends with Rollinger suggesting that Cornelius be included as a fringe member of Austrian phenomenology and be the object of some further investigating as such.

While this book is of great value for the breadth of information between its covers, it did disappoint me in its failure to include some key members of the Brentano School, specifically Christian von Ehrenfels, Kasimir Twardowski and even Alois Höfler.  In the introduction, Rollinger does address the exclusion of Ehrenfels and Twardowski, saying that the volume should not be considered exhaustive and that he does not wish to “downplay the significance” of their contributions to Austrian phenomenology. Höfler’s work Logik is noted in the bibliography and is briefly mentioned in the chapter on Brentano and Meinong.  But I find this unsatisfying.  The book appears largely dominated by Husserl and Brentano, with a good dose of Meinong in between, and understandably so, since all have published much material.  I will admit it is wonderful to see Meinong play a rather significant role in three and a half chapters, but none of this excuses the little amount of Höfler included in the book, or the absence of Ehrenfels and Twardowski.  Höfler was a student and colleague of Meinong in Vienna and in Graz, and they co-authored Logik together, hence he deserves to be included in the discussion of Austrian phenomenology.  Höfler is also rarely discussed in phenomenological literature, as is Twardowski.  As for Ehrenfels, it is disappointing that connections between his work in Gestalt psychology and both the Austrian and Munich schools of phenomenology failed to be included.  How did Ehrenfels go from being a student of Brentano and of Meinong, to being the founder of Gestalt psychology?  What does Gestalt psychology take from Austrian phenomenology?  A chapter on Ehrenfels and Husserl would have been a great addition to the book and would further have demonstrated the intertwined nature of philosophy and psychology in this school. Or, as mentioned, a chapter on the evolution of Ehrenfels’ Gestalt psychology out of Brentano’s teachings would have also been most beneficial.  Early Gestalt psychology in the context of and in its connections with phenomenology is a topic not discussed in the available literature, and it would have opened up another avenue for future research.

Despite these shortcomings, Rollinger’s volume is an asset and benefit to any scholar researching Austrian philosophy and/or the phenomenological movement.  It is also helpful to anyone seeking to understand the mutually influential relationships between 19th-century philosophy and psychology.  This book is also valuable in its compact size:  the papers it holds come from several different journals and volumes spanning many years.  Rollinger’s attempt to discuss the School of Brentano within the phenomenological tradition in a meaningful way, and with great clarity, is commendable and admirable.